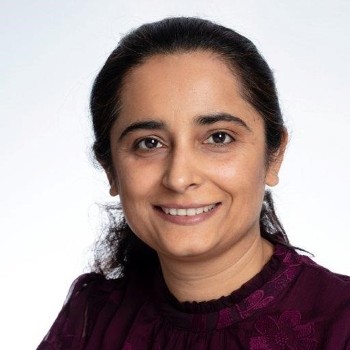 
Dr Asma Naveed trained in Anatomical Pathology in the United Kingdom in 2010 and subsequently completed her PGA award in basic molecular biology techniques. She took up a substantive post in East Lancashire, UK in 2010 and worked as consultant in a range of institutions across England, bringing her experience to Australia in 2014. Asma worked as a senior anatomical pathologist in Wollongong hospital and provided a community pathology service in NSW for a stretch of seven years. As a practicing consultant, Asma has been actively engaged in conducting GI/hepatobiliary and neuropathology multidisciplinary conferences in a lead role, as well as participating in MDT’s in the specialty areas of head and neck, breast and urology. Throughout her career Asma has been involved in medical research, and has remained passionate about innovation in undergraduate medical teaching. She has been involved in lecturing medical students at The University of Wollongong, has worked in the capacity of educational supervisor and mentor, and is a member of the Academy of Medical Educators (AOME) of Europe. Asma has worked in multiple senior management roles and is keen on extending the culture of mindful medical leadership embracing team mobilisation, mutual respect and diversity. She is involved in quality assurance activities and has recently joined NATA as technical assessor for laboratory accreditation tasks. Asma’s areas of interest include upper gastrointestinal/pancreato-biliary pathology, head and neck pathology, breast and neuropathology.