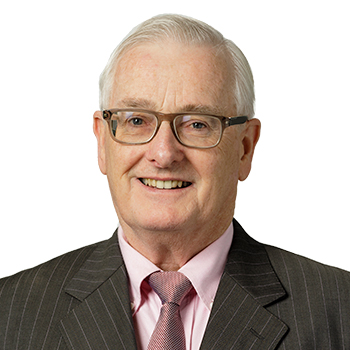 
Dr Geoff O’Brien studied Medicine at Sydney University graduating in 1972. He completed two years residency at Royal North Shore Hospital taking medical terms in haematology and neurology with surgical terms in Orthopaedics and Ophthalmology. He attended Concord RGH training in Haematology as well as some anatomical pathology. He then transferred to Sydney Hospital for three years and working in various departments, especially anatomical pathology including many nights and weekends on the Technologists roster for Biochemistry, Haematology and Microbiology. He completed his FRCPA and DCP while at the Prince of Wales Hospital in 1978. Dr O’Brien has been in private practice since 1979 starting in Randwick, initially with his father John (Foundation President of the Australasian Dermatopathology Society) and then on his own. Since joining Australian Clinical Labs (formerly Healthscope Pathology) Dr O’Brien has maintained a strong interest and focus on Anatomical Pathology, particularly of the skin.