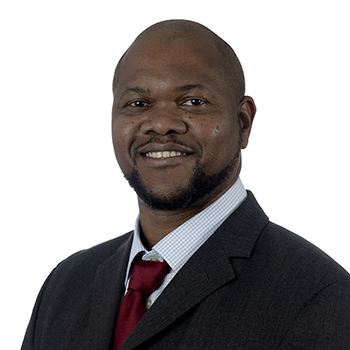 
Dr Gregory Imhagwe graduated from the University of Benin with a Bachelor of Medicine and Bachelor of Surgery in 1999. He completed his internship at the University of Benin Teaching Hospital and then worked as a medical officer in surgery at the National Hospital, Abuja, Nigeria. Gregory moved to the UK in early 2004, working in a number of medical roles in tertiary hospitals, including Addenbrooke's Hospital, Cambridge, before moving to Australia in 2007 to begin work at the Royal Hobart Hospital in Tasmania. In 2008 he began his registrar training in Anatomical Pathology with Pathology Queensland. Gregory joined Dorevitch Pathology at the Gippsland Pathology Service laboratory in early 2012, where he finished his registrar training. He was awarded Fellowship of the Royal College of Pathologists of Australasia in 2013 and continued to work as a consultant Histopathologist with Dorevitch Pathology. He joined Australian Clinical Laboratories in September 2021. Gregory has been involved in training of medical students, a particular area of interest of his. As an anatomical pathologist, he has special interest in the areas of Breast Pathology, Haematopathology, Gastrointestinal Pathology, Gynaecological Pathology and Pathology Informatics.