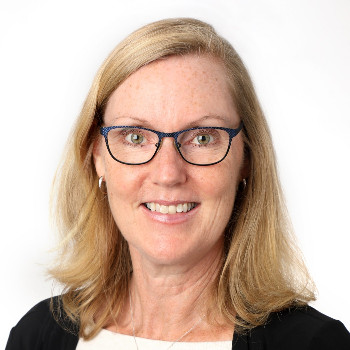 
A graduate of the University of Otago in 1992, Dr Jenny Grew began pathology training at Christchurch Hospital (NZ), gaining fellowship of the Royal College of Pathologists in 2001. Jenny worked in a breast screen accredited laboratory for 7 years in New Zealand, and attended the pre-operative diagnostic Nottingham breast course. In 2007 she moved from New Zealand to Queensland, taking up the role of Pathologist in Charge at QML Pathology, providing service to 6 public and private hospitals on the Sunshine Coast. In 2017, Jenny moved to Western Australian and joined Australian Clinical Labs WA as Clinical Director of Anatomical Pathology. She is a keen educator who enjoys providing sessions for general practitioners on skin cancer management, cervical screening and other hot topics in pathology. Jenny has been a regular speaker at local medical association meetings on pathology updates, and provides in-service sessions to hospital staff. A champion of multi-disciplinary patient care in private pathology, Jenny has founded and helped lead several clinico-pathology review meetings in a variety of settings, including private gastroenterology, colposcopy, breast cancer, general surgery, radiology and oncology. Jenny’s areas of professional interest include cytology, colorectal, gastrointestinal, gynaecological, lung and cutaneous pathology. She has an Associate Fellowship with Royal Australasian College of Medical Administrators and is a member of the Australian Society of Cytology, the Australian Society for Colposcopy and Cervical Pathology, and the Australasian Society of Breast Disease.