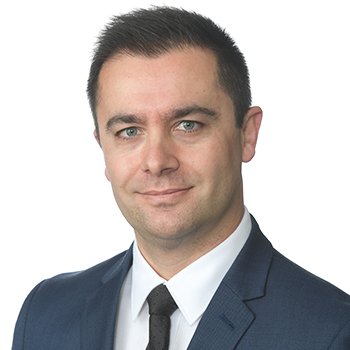 
Dr Nizamovski studied medicine at St Cyril and Methodius University in Skopje, Macedonia. After graduating in 2002, he worked in the emergency department of a regional medical centre in his hometown. In 2009 Dr Nizamovski emigrated to Australia and joined Bendigo Base Hospital where he worked on various rotations for the next two years. He commenced his pathology training in 2011 at St John of God Pathology’s Anatomical Pathology laboratory in Geelong, followed by Monash Medical Centre. In 2015, Dr Nizamovski returned to St John of God Pathology (now Australian Clinical Labs) to complete his final year of pathology training and immediately after obtaining Fellowship of the Royal College of Pathologists of Australasia, joined the Anatomical Pathology team. Dr Nizamovski’s areas of special interest include gastrointestinal pathology, urological pathology, gynaecologic pathology and cytopathology. His research has been published in medical journals. He is involved in teaching of anatomical pathology registrars.