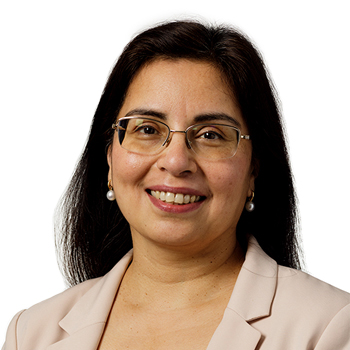 
Dr Susanna Thomas did her undergraduate (MBBS, 1987) and postgraduate (MD Pathology, 1993) training at the Christian Medical College Hospital, Vellore, India where she stayed on as faculty till 2007, becoming a Professor of Pathology. A special interest in Molecular Pathology led her to train at the University of Miami, Florida, USA following which she set up a molecular diagnostics laboratory at Vellore before migrating to Sydney in 2008. She then worked at the Institute of Clinical Pathology and Medical Research (ICPMR), Westmead Hospital obtaining her FRCPA (Anatomical Pathology) in 2014 followed by a postgraduate fellowship in breast pathology at the Westmead Breast Cancer Institute before joining Australian Clinical Labs (formerly Healthscope Pathology), as Pathologist in July 2015. Her areas of interest include breast, GI tract, endocrine and cytopathology.