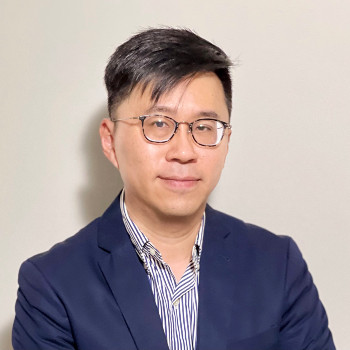 
Dr Wayne Chou is graduate of the University of Tasmania. Wayne began pathology training at the Royal Hobart Hospital in 2009 which included an 18 month rotation at Hobart Pathology, gaining fellowship of the Royal College of Pathologist of Australasia in 2013. He worked at Capital Pathology in Canberra for over 7 years, during which time he presented at a number of multidisciplinary meetings across various organ systems including but not limited to lung, skin, endocrine, GIT/liver, lymphoma, head and neck and soft tissue. Wayne is a broadly experienced pathologist who enjoys all aspects of histopathology and cytopathology. A keen medical educator, Wayne is a conjoint clinical lecturer at the Australian National University School of Medicine and was the supervisor of registrar training for over 5 years. He has also presented at a number of local meetings for the general practitioners within the ACT/NSW region. Wayne is a member of the Australian Society of Cytology and has served on the AMA advisory committee as a representative for private pathology for over 5 years.