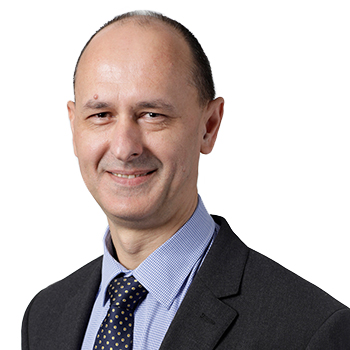 
Dr Jenner completed his studies in chemistry and biochemistry in 1992 followed by a Bachelor’s degree in Medicine and Surgery (MBChB) from the Faculty of Health Sciences, University of Pretoria, South Africa in 1997. Following three years of clinical practice, he commenced training in Chemical Pathology in 2001 and obtained the Fellowship from the Colleges of Medicine of South Africa in 2004 and a Master’s degree in Chemical Pathology from the University of Pretoria in 2005. Later that year Dr Jenner moved to the UK where he worked as senior registrar in Clinical Biochemistry at the Royal Infirmary of Edinburgh and then as Consultant Clinical Biochemist at the NHS Borders Hospital (Scotland) for a few years. Following a return to South Africa he held a position as consultant chemical pathologist in private practice for five years. In 2012 he relocated to Australia and worked as a senior registrar at the Royal Brisbane and Women’s Hospital. Dr Jenner obtained his Fellowship from the Royal College of Pathologists of Australasia in 2013 and joined Australian Clinical Labs (formerly Healthscope Pathology) in early 2014.