The condition Pyroluria may be a common undiagnosed feature of many emotional and behavioural disorders.  Pyroluria is a condition which causes the body to over-produce a group of compounds known as kryptopyrroles. The measurement of urinary kryptopyrroles may be indicated for individuals with behavioural and emotional disorders such as ADHD, anxiety, depression, schizophrenia or bipolar disorder.

Pyroluria can be genetic, or induced by oxidative stress, and the presence of kryptopyrroles in the urine usually correlates with nutrient deficiency. Kryptopyrroles bind irreversibly to vitamin B6 (pyridoxine) and zinc, rendering them inactive and depleting them from the body through urinary excretion. A deficiency of arachidonic acid (an omega-6 fatty acid) is also common in pyroluria.

When these nutrients bind to the kryptopyrroles the nutrients are no longer available to complete their important roles as co-factors in neurotransmitter production, enzyme production and activation and metabolism.  This can further aggravate a patient’s symptoms and lead to nutrient deficiency.

Pyroluria is a stress-related condition and when symptoms such as anxiety, mood swings, behavioural problems etc are brought on by stressors, testing for urinary kryptopyrroles should be considered. It has also been proposed that pyroluria may be due to a stress-induced variance in intestinal permeability, which allows kryptopyrroles to re-enter systemic circulation.

A urine specimen is collected from the second morning void. Collection must be performed only at a Australian Clinical Labs Collection centre, please call 1300 554 480 to arrange collection.

The analysis of kryptopyrroles is very sensitive and results are expressed as ug/dL (micrograms of urinary pyrrole per decilitre of urine).

Many individuals with Pyroluria respond well to a management plan that incorporates supplementation with vitamin B6, zinc and omega-6 essential fatty acids (GLA) where indicated. High intestinal permeability/ malabsorption, stress and genetic factors also need to be considered in the approach to treatment and management of individuals with Pyroluria. 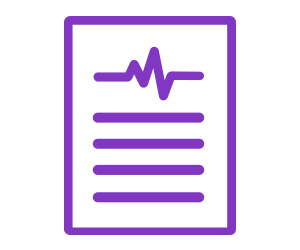