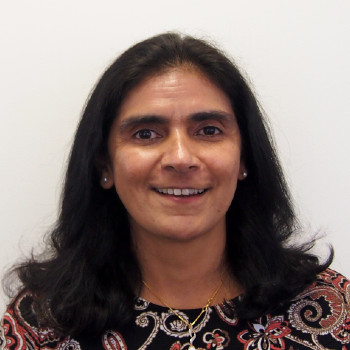 
Dr Preeti Chaudhri studied at Kasturba Medical College in India, where she completed her Bachelor of Medicine and Bachelor of Surgery in 1994, was awarded her Doctorate of Medicine (Pathology) in 1999, and in 2001 became Diplomate of the National Board of Pathology (Delhi). In 2002, Preeti moved to the UK to take up a trainee position at the University of Leicester Hospital, and obtained her Fellowship from the Royal College of Pathologists in 2005. Preeti is a keen educator who participated in undergraduate and post graduate teaching at Leicester University and Lincoln County Hospital and was the Educational Supervisor for trainees, teaching predominantly uropathology, gastrointestinal pathology and cytopathology. She was appointed Pathology Consultant at Lincoln County Hospital in 2006 where she worked until moving to Western Australia in 2020 to join the team at Clinical Labs WA. During her career, Preeti has been invited to speak at national conferences in India and Myanmar, and in 2018 became Adjunct Faculty at Kasturba Medical College in India. Between 2000 and 2017, she undertook further training in the US with some of the leading pathologists in their field including Dr Mahul Amin, Dr Donald Chase, Dr Jonathan Epstein, Dr R Young, and Dr Victor Reuter. Preeti’s areas of interest include uropathology, gastrointestinal, gynaecological and neoplastic lung pathology. She also has a special interest in digital pathology reporting having been trained in this new technology during her time at Lincoln hospital.