Syphilis is a sexually transmitted infection (STI) in which the bacterium is passed on through direct contact with a syphilis sore.

How do you get syphilis?

Syphilis is spread through sexual contact. An infected pregnant woman can also spread the disease to her fetus, with serious and potentially fatal consequences for the baby.

The first symptoms of syphilis may not be seen immediately. A sore called a chancre appears usually on the part of the body exposed to the partner’s ulcer, such as the penis or vagina. The chancre may be painless and go unnoticed, and it heals within a few weeks. Secondary syphilis begins three to six weeks after the chancre appears. It is marked by a skin rash that usually heals in several weeks or months. There may be other symptoms as well, such as a fever and sore throat.

It is advisable to get tested:

• When a chancre is present on the genitals or throat

• If you are being treated for another STI, such as gonorrhoea

• As part of screening before or during pregnancy

• If you have non-specific symptoms that resemble those of syphilis.

What is the testing process for syphilis?

The test looks for evidence of the bacterium that causes syphilis. It is easily treated but can cause severe health problems if left untreated, such as damage to the heart, eyes, brain, nervous system, bones and joints. In the most serious of cases, the final stage leads to mental illness, blindness, heart disease and death. There are several different methods and tests for the identification of syphilis infection. Some tests include:

The blood test detects the antibodies that the body produces to combat infection, so a positive test indicates that you have either a current or past infection. The antibodies remain in the body for years, so if you have had a past infection with syphilis, the test results could remain positive for life even if you were treated at the time. If you have a past history of treated syphilis infection, you should inform your doctor.

Syphilis can be treated with the antibiotic penicillin. Newly acquired infections can be cured easily. A longer treatment may be needed to cure someone who has been infected for more than a year. A previously treated person can become infected with syphilis a second time if exposed again. Sexually active young men and women can reduce their risk of syphilis by using condoms correctly and consistently during sexual intercourse.

The sexual partner/s of patients with syphilis must get tested and treated. People with syphilis have a higher risk of contracting other sexually transmitted infections, such as HIV. 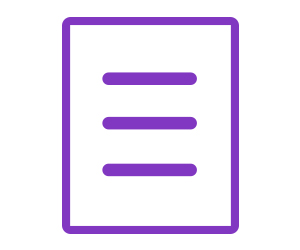